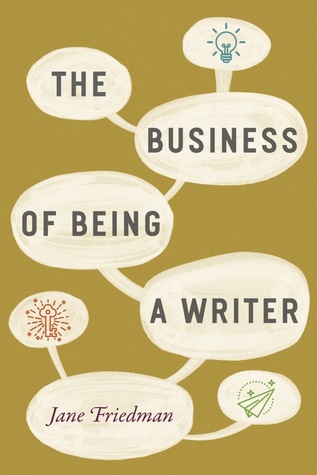 One particularly valuable aspect of the work is her early introduction of – and regular references to – the concept of literary citizenship.

It’s not unusual for business books to emphasize the importance of networking and connections. And it only makes sense that good relationship building equals good literary citizenship. But something about the way that Friedman frames it? It makes it more about actually building and less about cashing-in or, even, less about tit-for-tat.

She cites, for example, emerging author Chris Guillebeau’s experience. He spent six months reading the work of authors with whom he identified and he wrote personal letters of admiration to them. He asked for nothing in return and spent about two hours every day talking them up to his small audience and sending personal messages of acknowledgement to new followers.

Other books on the business of writing suggest similar activities, but often in the context of an author’s having finished a manuscript, so that it feels like the idea of community is an after-thought, that the author is simply executing a series of actions to secure publicity for their work specifically rather than building a community generally.

Call it an investment or call it paying-it-forward, call it idealistic: this (possibly old-fashioned?) idea of putting time and energy into the literary-world-at-large rings true to me and because Friedman places it prominently (just a couple dozen pages into the work) I was predisposed to attend to her ideas and suggestions.

Against this backdrop, she clearly and methodically breaks down the key elements to finding, securing and executing the business of writing. She makes statements like this one about writing a synopsis: it “has an uncanny way of highlighting plot flaws, serious gaps in character motivation, or sweeping failures of story structure”. It’s an invitation for savvy writers to revisit their manuscripts to suss out such flaws, gaps and failures. But she remains stalwartly on-topic.

She also does not clutter the volume with material that anyone with an internet connection can source without her particular expertise. So, for instance, she does not include examples of a synopsis (or a query letter or a book proposal): she refers to specific websites online which house samples.

And, when she does include site addresses, she selects established (but niche) sites. Like visualHunt.com (an aggregator site which could be useful for locating images for noncommercial use) and canva.com (mostly-free templates for cloud-based design). She only occasionally dabbles in the obvious (stating, for instance, that one could use Windows Movie Maker to create a video to upload to YouTube) and this may actually still be useful to many writer-types, who are more focussed on words than technology.

Some of the advice Friedman offers is familiar and a matter of common sense. She does, however, add the kind of insider advice that can be overlooked by the ubiquitous click-here articles you find online. For example, in her discussion about the benefits of agent representation, she includes a reminder that agents have contacts in Hollywood, which afford the opportunity to sell a book project to a producer/studio.

In all, this volume could play an essential role on the shelf of an emerging writer whose romantic ideas of the writing life require some structure and direction, but also on the shelf of an established writer who is wrestling with some uncertainty about the technological opportunities and demands in the digital age.

Jane Friedman’s The Business of Being a Writer. Chicago: The University of Chicago, 2018.