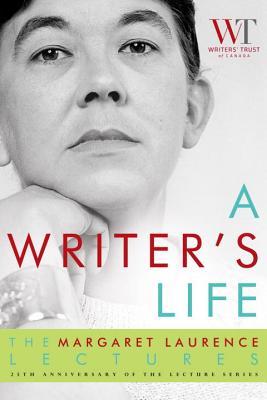 In a letter to Marian Engel, Hugh MacLennan wrote: ““But factually I’m fifty, even though my economic status is no more secure than than of the average McGill engineering graduate. But time, the ability at last to become accustomed to it, to measure its power and effects – there’s no doubt of it, a novelist needs that. A woman novelist, oddly, needs it much less than a man. That is because a woman of 20, if she’s intelligent, is basically more mature than an intelligent man of 30.”

It was 1957. Thirty years later, he is eighty years old and delivering the first of the Margaret Laurence lectures.

“It seems a grim jest of God that she should be gone and I should be here, for I was born some eighteen years before she came into the world.”

Because I am less familiar with his works and more familiar with Laurence’s, I enjoyed the first part of the piece more. (And it was particularly fine to discover a reference to the importance of both Laurence and Gabrielle Roy to the Manitoba letters scene, as I have been systematically reading through Roy’s works over the past year.)

His piece is preoccupied with time, as suits an octogenarian speaker, and it is interesting to read his perspective on the relationships between nations.

“Sometimes people ask, ‘What is the difference between Canada and the United States apart from the climates?’ Historically and psychologically there are very great differences. Until the long debacle in Vietnam, the Americans had never lost a war against a foreign power. But the ancestors of nearly all Canadians were losers.”

His experience being a writer stretched from Princeton to Oxford, from Halifax to Germany; he literally ran into Einstein walking on campus and compares the prices of orange juice and hot dogs across the decades. As one would expect, even only having read Two Solitudes, there is much to consider about national identities and conflicts large and small.

MacLennan has nothing to say about his writing process or whether he liked to read in the mornings or in the evenings. He looked outward as much as he looked inward.

Ulitmately, however, the piece left me wanting to read his last novel, to which he refers as having taken him six years to write, Voices in Time. And his discussion of the introduction of a Metis writer, to the pages of Margaret Laurence’s fiction, made me want to reread The Diviners.

Next in the series? Mavis Gallant. Won’t that be a treat.